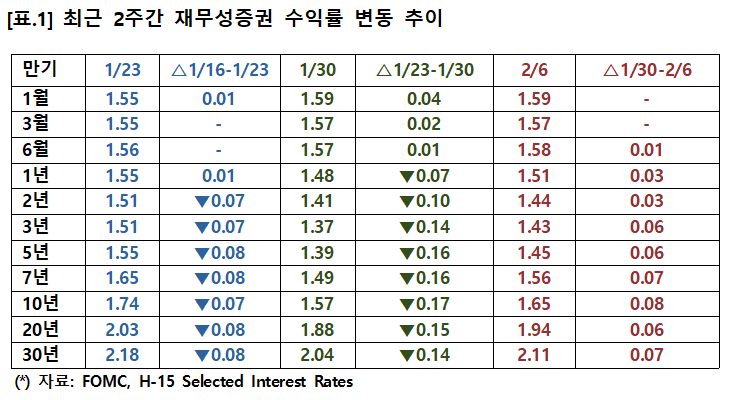 ■ The Money Market Investor Funding Facility (MMIFF) was designed
to provide liquidity to U.S. money market investors.
Under the MMIFF, the Federal Reserve Bank of New York could provide
senior secured funding to a series of special purpose vehicles
to facilitate an industry-supported private-sector initiative
to finance the purchase of eligible assets from eligible investors.
The MMIFF was announced on October 21, 2008, and
expired on October 30, 2009.

■ Coming up this Friday is the jobs report for January. In addition to the usual items of interest – payroll growth, unemployment, wages, labor force participation – we also get revisions for last year.

The revisions are in some sense old news; we know employment will be revised downward and reveal that 2019 job growth was less than initially reported. The bears will focus on the revisions, but I think it is wiser to keep attention on the January numbers and what they tell us about the upcoming year. We are looking for a report that is both consistent with firming economic indicators this week yet gives no hint that the Fed needs to rethink its current dovish policy stance.

■ We have seen plenty of questioning about the durability of the equity rebound since last fall: I tend to think the rebound is not surprising given how events have unfolded in the past six months. The Fed cut rates a third time and signaled no hikes are likely in 2020 (if not the rest of the cycle), the housing market has clearly recovered from the 2018/19 soft spot, global manufacturing firmed, and trade concerns were moved to the back burner. Moreover, there was always an excessive emphasis on the manufacturing data while ignoring the declining importance of that sector.

The short version is that the odds of recession dropped precipitously in the last quarter of 2019 and markets reacted as expected.

And the data increasingly confirms the more optimistic scenario of this year.  The ISM manufacturing index climbed back above 50, reverting toward the already more positive Markit reports:
Notice the international side of the report, with both rising import and export numbers:

I tend to think the import numbers are more important as they reflect stronger domestic demand. The ISM service sector numbers also improved:

Note that the service side of the economy never softened as much as the manufacturing side. The pattern is not dissimilar from 2015/16:

Will the January employment report also tell a story of firming economic activity? Today’s ADP report clearly provides reason for optimism with is 291k private sector job gain. Using that as one of the inputs into a simple forecast yields an expectation for job growth of 218k in January:

That feels high to me; Wall Street is looking for a more modest 160k. Continued job growth along that more modest pace, however, would still indicate that the US economy has the momentum heading into 2020 consistent at least with growth around trend, which is what the Fed is looking for to support their current forecast.

■ But job growth is not all the Fed is looking for. They are also looking to confirm their current belief that the U.S. economy is not set to overheat and send inflation to an unacceptably higher level. It’s not enough to just look at  the unemployment rate on this issue anymore. The unemployment rate has held below the Fed’s estimates of the natural rate of unemployment for over three years yet inflation remains at bay.

At some point, if for example, unemployment slipped further to 3%, the Fed might become more worried that the economy will overheat if they don’t act to tighten policy, but right now this is not the case. Powell & Co. instead are willing to sit on the sidelines as long as inflation remains close to their 2% target. Continued weak wage growth would help keep them there. While strong wage growth does not necessarily imply high inflation, it is difficult to see that higher inflation could be self-sustaining absent corresponding wage growth.

■ Bottom Line: So far the economy is firming as expected with no sign that inflation will accelerate to a worrisome pace. Continued evidence of such a trend will keep the Fed on hold. And if they were to shift policy, the Fed would more likely cut rates to boost inflation higher than raise rates. To be sure, the random negative shock (think coronavirus) always lingers in the background. At the moment though, a firming economy with inflation low enough to keep the Fed focused on steady to easier policy is the best bet. ​ 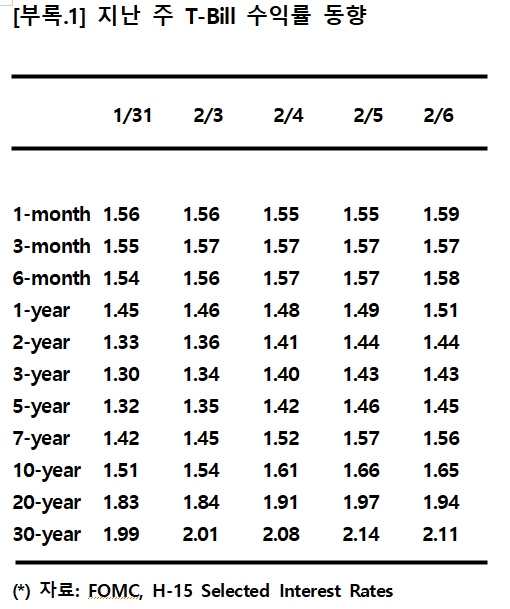