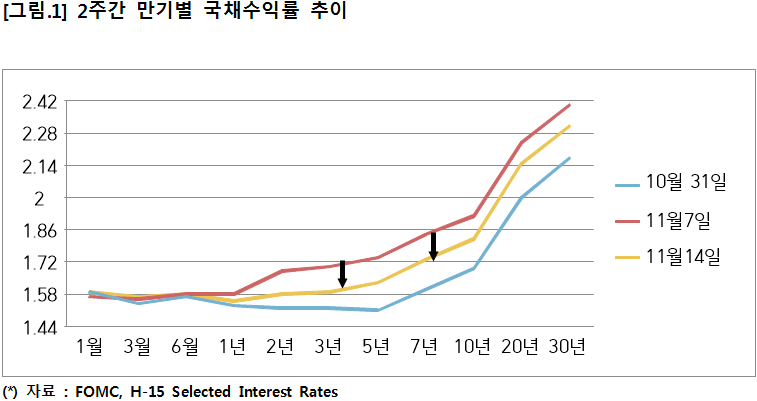 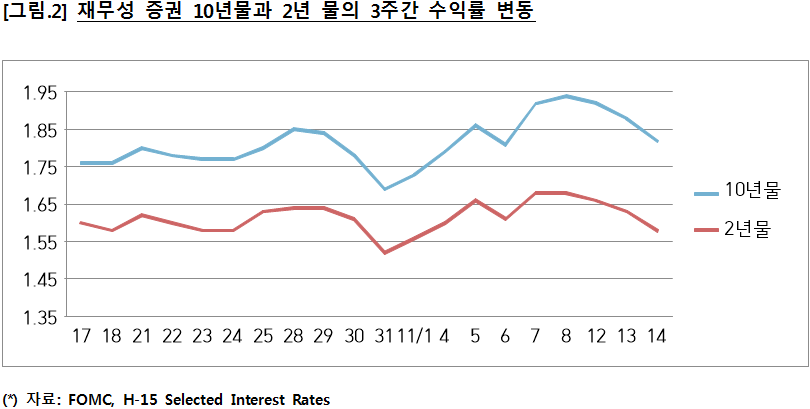 ■ Chairman Lee, Vice Chair Maloney, and members of the Committee, I appreciate the opportunity to testify before you today. Let me start by saying that my colleagues and I strongly support the goals of maximum employment and price stability that Congress has set for monetary policy. We are committed to providing clear explanations about our policies and actions. Congress has given us an important degree of independence so that we can effectively pursue our statutory goals based on facts and objective analysis. We appreciate that our independence brings with it an obligation for transparency and accountability. Today I will discuss the outlook for the economy and monetary policy.

The U.S. economy is now in the 11th year of this expansion, and the baseline outlook remains favorable. Gross domestic product increased at an annual pace of 1.9 percent in the third quarter of this year after rising at around a 2.5 percent rate last year and in the first half of this year. The moderate third-quarter reading is partly due to the transitory effect of the United Auto Workers strike at General Motors.

But it also reflects weakness in business investment, which is being restrained by sluggish growth abroad and trade developments. These factors have also weighed on exports and manufacturing this year. In contrast, household consumption has continued to rise solidly, supported by a healthy job market, rising incomes, and favorable levels of consumer confidence. And reflecting the decline in mortgage rates since late 2018, residential investment turned up in the third quarter following an extended period of weakness.

The unemployment rate was 3.6 percent in October—near a half-century low. The pace of job gains has eased this year but remains solid; we had expected some slowing after last year's strong pace. At the same time, participation in the labor force by people in their prime working years has been increasing. Ample job opportunities appear to have encouraged many people to join the workforce and others to remain in it. This is a very welcome development.

The improvement in the jobs market in recent years has benefited a wide range of individuals and communities. Indeed, recent wage gains have been strongest for lower-paid workers. People who live and work in low- and middle-income communities tell us that many who have struggled to find work are now getting opportunities to add new and better chapters to their lives. Significant differences, however, persist across different groups of workers and different areas of the country: Unemployment rates for African Americans and Hispanics are still well above the jobless rates for whites and Asians, and the proportion of the people with a job is lower in rural communities.

Inflation continues to run below the Federal Open Market Committee's (FOMC) symmetric 2 percent objective. The total price index for personal consumption expenditures (PCE) increased 1.3percent over the 12 months ending in September, held down by declines in energy prices. Core PCE inflation, which excludes food and energy prices and tends to be a better indicator of future inflation, was 1.7 percent over the same period.

Looking ahead, my colleagues and I see a sustained expansion of economic activity, a strong labor market, and inflation near our symmetric 2 percent objective as most likely. This favorable baseline partly reflects the policy adjustments that we have made to provide support for the economy. However, noteworthy risks to this outlook remain. In particular, sluggish growth abroad and trade developments have weighed on the economy and pose ongoing risks. Moreover, inflation pressures remain muted, and indicators of longer-term inflation expectations are at the lower end of their historical ranges. Persistent below-target inflation could lead to an unwelcome downward slide in longer-term inflation expectations. We will continue to monitor these developments and assess their implications for U.S. economic activity and inflation.

We also continue to monitor risks to the financial system. Over the past year, the overall level of vulnerabilities facing the financial system has remained at a moderate level. Overall, investor appetite for risk appears to be within a normal range, although it is elevated in some asset classes. Debt loads of businesses are historically high, but the ratio of household borrowing to income is low relative to its pre-crisis level and has been gradually declining in recent years. The core of the financial sector appears resilient, with leverage low and funding risk limited relative to the levels of recent decades. At the end of this week, we will be releasing our third Financial Stability Report, which shares our detailed assessment of the resilience of the U.S. financial system.

Over the past year, weakness in global growth, trade developments, and muted inflation pressures have prompted the FOMC to adjust its assessment of the appropriate path of interest rates. Since July, the Committee has lowered the target range for the federal funds rate by 3/4 percentage point. These policy adjustments put the current target range at 1-1/2 to 1‑3/4 percent.

The Committee took these actions to help keep the U.S. economy strong and inflation near our 2 percent objective and to provide some insurance against ongoing risks. As monetary policy operates with a lag, the full effects of these adjustments on economic growth, the job market, and inflation will be realized over time. We see the current stance of monetary policy as likely to remain appropriate as long as incoming information about the economy remains broadly consistent with our outlook of moderate economic growth, a strong labor market, and inflation near our symmetric 2 percent objective.

We will be monitoring the effects of our policy actions, along with other information bearing on the outlook, as we assess the appropriate path of the target range for the federal funds rate. Of course, if developments emerge that cause a material reassessment of our outlook, we would respond accordingly. Policy is not on a preset course.

The FOMC is committed to ensuring that its policy framework remains well positioned to meet its statutory goals. We believe our existing framework has served us well. Nonetheless, the current low interest rate environment may limit the ability of monetary policy to support the economy. We are currently conducting a public review of our monetary policy strategy, tools, and communications—the first of its kind for the Fed. With the U.S. economy operating close to maximum employment and price stability, now is an especially opportune time to conduct such a review. Through our Fed Listens events, we have been hearing a diverse range of perspectives not only from academic experts, but also from representatives of consumer, labor, business, community, and other groups. We will draw on these insights as we assess how best to achieve and maintain maximum employment and price stability. We will continue to report on our discussions in the minutes of our meetings and share our conclusions when we finish the review, likely around the middle of next year.

In a downturn, it would also be important for fiscal policy to support the economy. However, as noted in the Congressional Budget Office's recent long-term budget outlook, the federal budget is on an unsustainable path, with high and rising debt: Over time, this outlook could restrain fiscal policymakers' willingness or ability to support economic activity during a downturn.1 In addition, I remain concerned that high and rising federal debt can, in the longer term, restrain private investment and, thereby, reduce productivity and overall economic growth. Putting the federal budget on a sustainable path would aid the long-term vigor of the U.S. economy and help ensure that policymakers have the space to use fiscal policy to assist in stabilizing the economy if it weakens.

I will conclude with a few words on the technical implementation of monetary policy. In January, the FOMC made the key decision to continue to implement monetary policy in an ample-reserves regime. In such a regime, we will continue to control the federal funds rate primarily by setting our administered rates, not through frequent interventions to actively manage the supply of reserves. In the transition to the efficient and effective level of reserves in this regime, we slowed the gradual decline in our balance sheet in May, and stopped it in July. In response to the funding pressures in money markets that emerged in mid-September, we decided to maintain a level of reserves at or above the level that prevailed in early September. To achieve this level of reserves, we announced in mid-October that we would purchase Treasury bills at least into the second quarter of next year and would continue temporary open market operations at least through January. These actions are purely technical measures to support the effective implementation of monetary policy as we continue to learn about the appropriate level of reserves. They do not represent a change in the stance of monetary policy.

Thank you. I would be pleased to take your questions.

The Fed remains on hold for the foreseeable future. Powell appeared to lean dovish today, perhaps more so than at the last press conference. That suggests he is very biased against hiking rates until clear evidence emerges that worrisome inflationary pressures are real this time. It also suggests he may have a lower bar to cutting rates than his colleagues.

The Community Advisory Council (CAC) was formed by the Federal Reserve Board in 2015 to offer diverse perspectives on the economic circumstances and financial services needs of consumers and communities, with a particular focus on the concerns of low- and moderate-income populations.

The CAC complements two of the Board's other advisory councils—the Federal Advisory Council and the Community Depository Institutions Advisory     Council--whose members represent depository institutions. The CAC meets semiannually with members of the Board of Governors in Washington, D.C.

Applications for 2019 have closed. Please check back in spring of 2020 for the next round of applications. 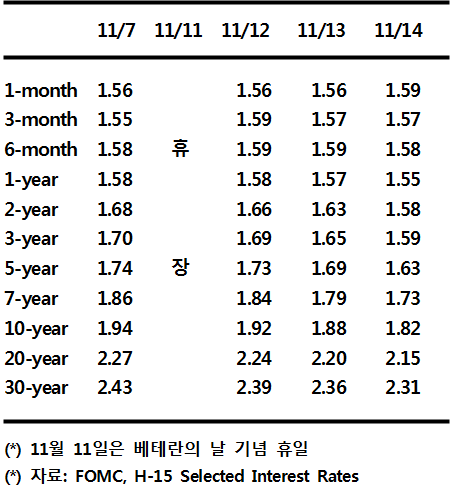